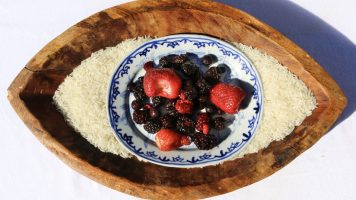 What Not to Add to White Rice, Potatoes, or Pasta
nutritionfacts.org

Rice currently feeds almost half the human population, making it the single most important staple food in the world, but a meta-analysis of seven cohort studies following 350,000 people for up to 20 years found that higher consumption of white rice was associated with a significantly increased risk of type 2 diabetes, especially in Asian […]